A Family Affair! For sixty-seven years, the Bloom family has been dedicated to enriching children’s lives through the camp experience. Gary and Steve were raised on the Playland campus and as we like to say… we have camp in our blood! Our family is incredibly excited to share our summers with you!

Walter and Pearl Bloom founded Camp Playland in 1957. Pearl and Walter’s son Gary has been the owner/director along with his wife, Barbara, for the past forty-five years. Steve Bloom, Gary and Barbara’s son, joined his parents in 2011 as Playland’s third generation of Blooms.  Steve holds a M.Ed. from Columbia University’s Klingenstein Center and an M.S. in Camp Leadership from Touro University.

Our staff is comprised of one hundred and seventy five teachers, college and high school students. Staff members are selected for their maturity, ability, experience and sincere love for children. Each group of twelve to sixteen children is led by a senior counselor and several junior counselors. The senior and junior counselors stay with the campers all day and escort the group to the different activities. Specialists plan the program. Group counselors participate at the activities creating a teaching ratio of one staff member for every four campers. Many of our counselors are Camp Playland alumni and we have a high rate of returning counselors each year. This enhances the feeling of a camp family. 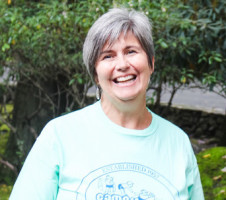 Kathy Lopes has been a member of our staff for over 30 years. Kathy works at Playland year round as Director of Playland Preschool and Camp Playland. Fun fact: Kathy is the most wonderful baker! 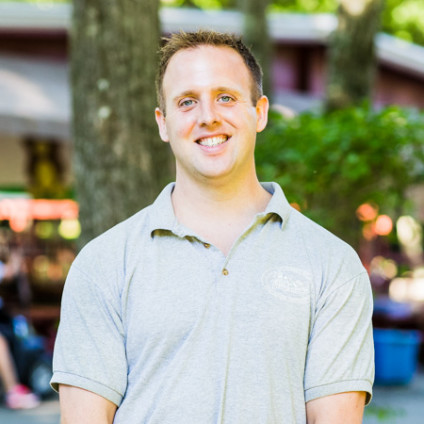 Matt attended Gordon College and received a BS in Recreation and Leisure with a concentration in Outdoor Education. He has been a full time employee since 2007 and is presently one of the directors of Camp Playland. Matt enthusiastically attended Playland as a camper and grew up as part of the Playland family. He met his wife, Pina while working at camp and they have a son, Matteo, who attends Camp Playland and is a Playland Nursery School alumnus. Fun Fact: Matt and his family are Disney enthusiasts! 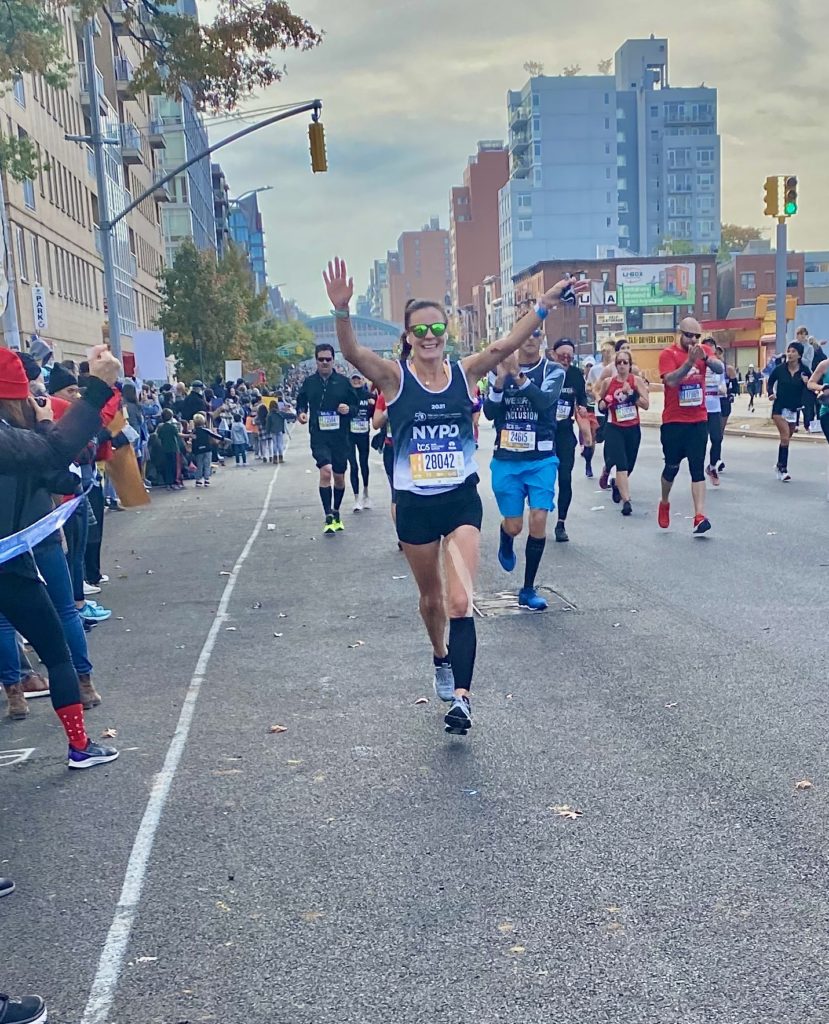 Mary is the newest member of the year round Camp Playland team. She has spent the last 10 years in the education setting as a teacher, coach and administrator and is now excited to embark on her new journey as a full-time, year round camper! Mary is excited to be a part of the Camp Playland team and cannot wait to meet all of the campers and staff that make Camp Playland so special! She is most excited about conquering the warped wall on the Ninja Warrior course and swimming! In her free time, Mary loves exploring new areas, hiking, running and trying new foods! 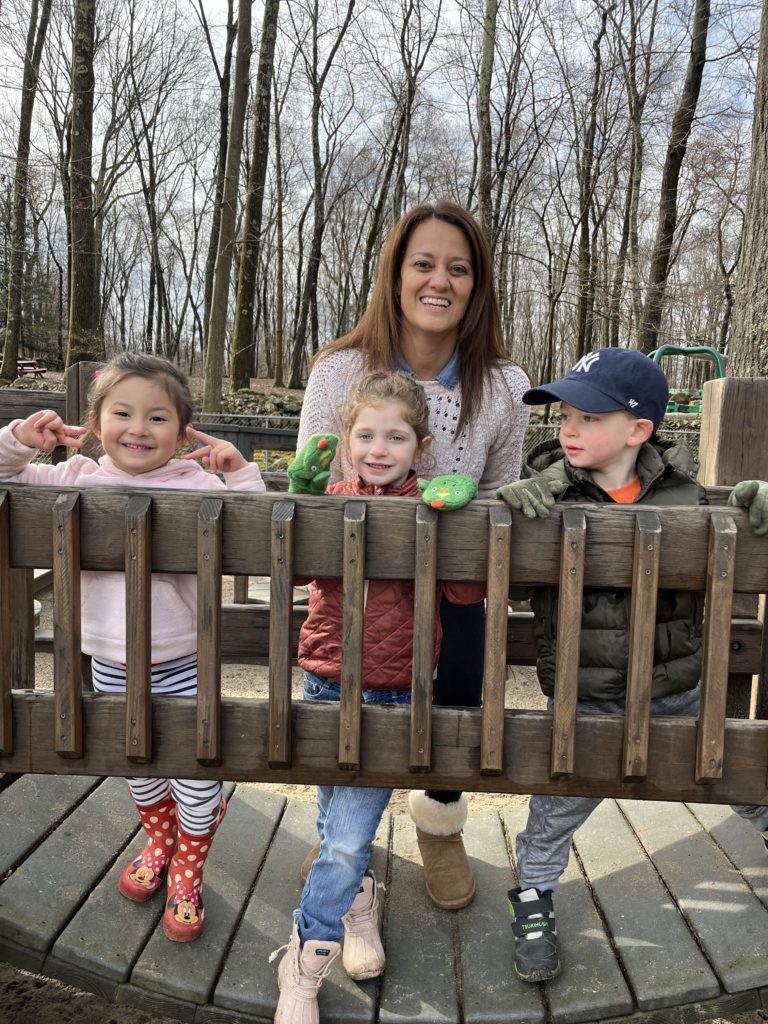 Vivi is from Costa Rica! She has worked at Playland for 11 summers and her daughters, Camilla and Caterina, come to camp with her. Vivi is a Head Teacher and Assistant Director at Playland Preschool. Fun fact: Vivi has represented Costa Rica in various Olympic events and holds the current record on the 200m back-stroke! 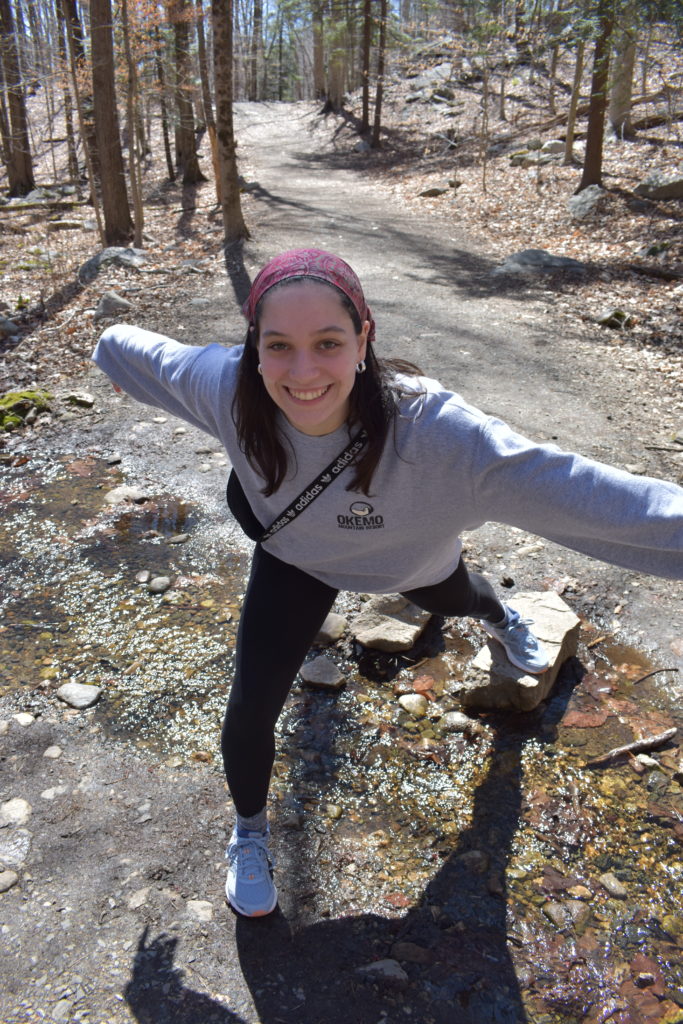 Lynnet has worked at Camp Playland for 6 years and is an assistant teacher at Playland Nursery School. Lynnet graduated with a Fine Arts degree and quickly realized her love for teaching! She is now completing her Head Teacher Certificate. In Lynnet’s free time, she enjoys going on hikes, yoga, painting and spending time with her family. Fun fact: Lynnet speaks Spanish and she lived in Uruguay for 2 years! 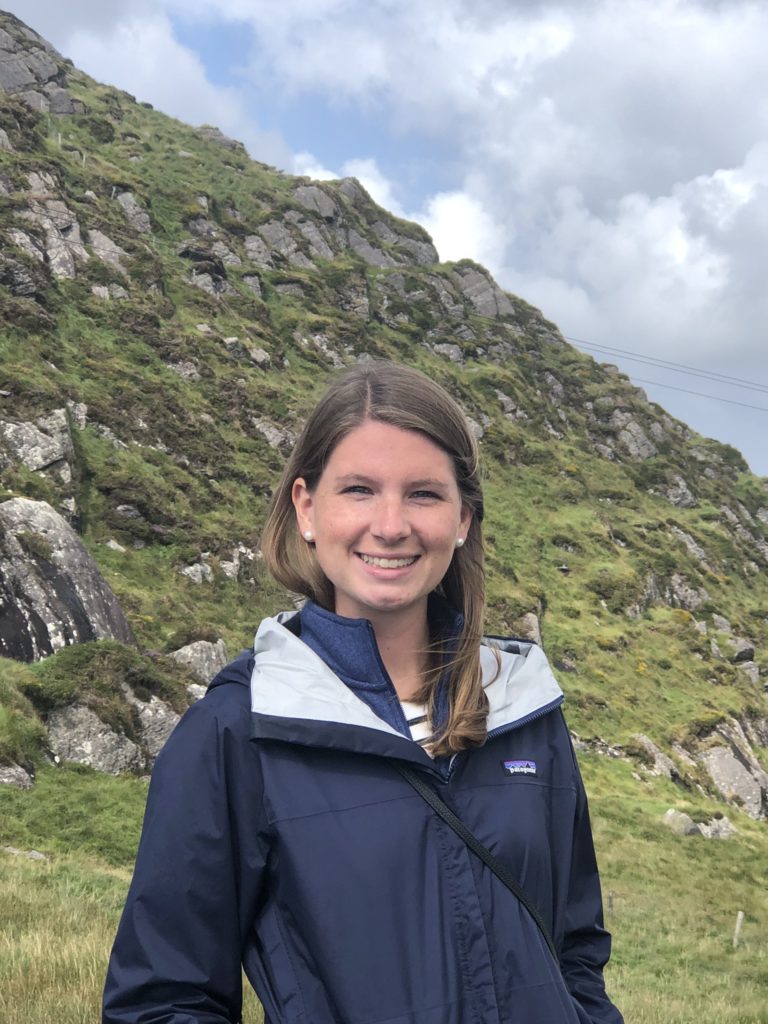 This is Caitlyn’s 7th summer working at Playland in the Kindergarten Division. Caitlyn is a 5th grade teacher at an elementary school in Stamford. Caitlyn is ready for another fun-filled summer taking on the role of supervisor for the Kindergarten Division. In Caitlyn’s free time, she enjoys going to the beach, going on adventures with her dog and spending time with family and friends.  Fun Fact: Caitlyn studied abroad in Ireland when she was in college.

This is Rachel’s 3rd year at Playland.  She has been at camp her whole life as a camper, counselor and division leader.  Rachel’s two sons will be coming to camp with her. During the year she is a 2nd grade teacher in Stamford. Fun fact: Rachel has a vegetable garden at home! 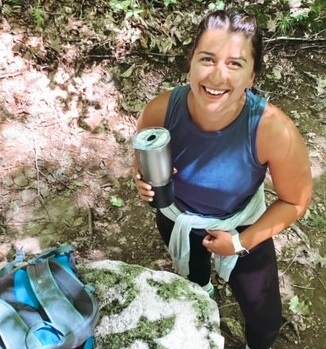 As someone who was a Playland camper and counselor for many years, Kimmy LOVES Playland! Kimmy is currently pursuing her Master’s degree in elementary education. Fun fact: Kimmy dances to at least one song each day to make sure that she is always smiling and spreading positivity! 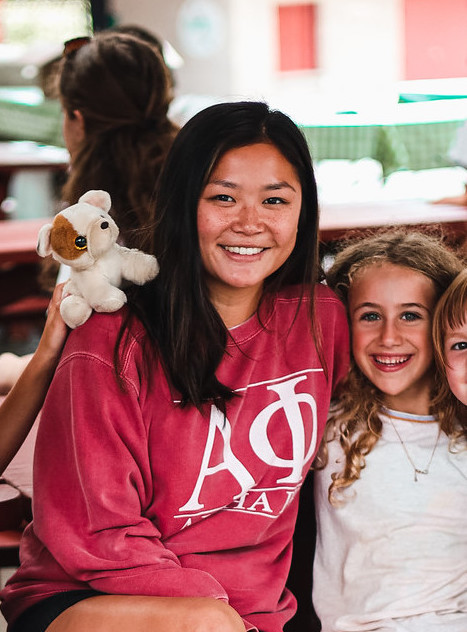 Emma has been working at Playland for 6 years, and also attended as a child, so she absolutely adores Playland! Emma graduated with her Master’s degree in Education last year, and is in her first year of teaching (2nd grade) at New Canaan Country School. Emma is looking forward to taking on a supervisory role, and for another spectacular summer! In her free time, Emma loves to hike with her dog, hangout with friends and family, and travel. Fun fact: Emma studied abroad in Barcelona in college. 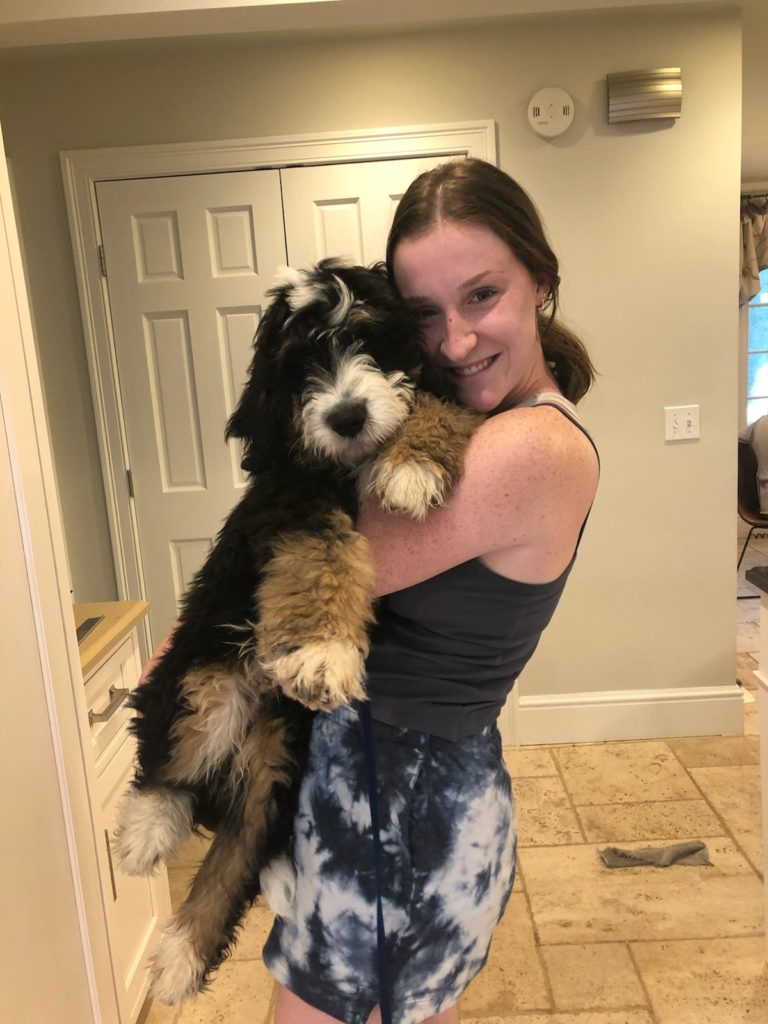 This is Rachel’s 5th summer at Playland and she is so excited to be back. She will be graduating from Tulane University this May, where she studied Psychology and Early Childhood Education. Fun Fact: Rachel is going to be spending 3 months in Australia this upcoming fall! 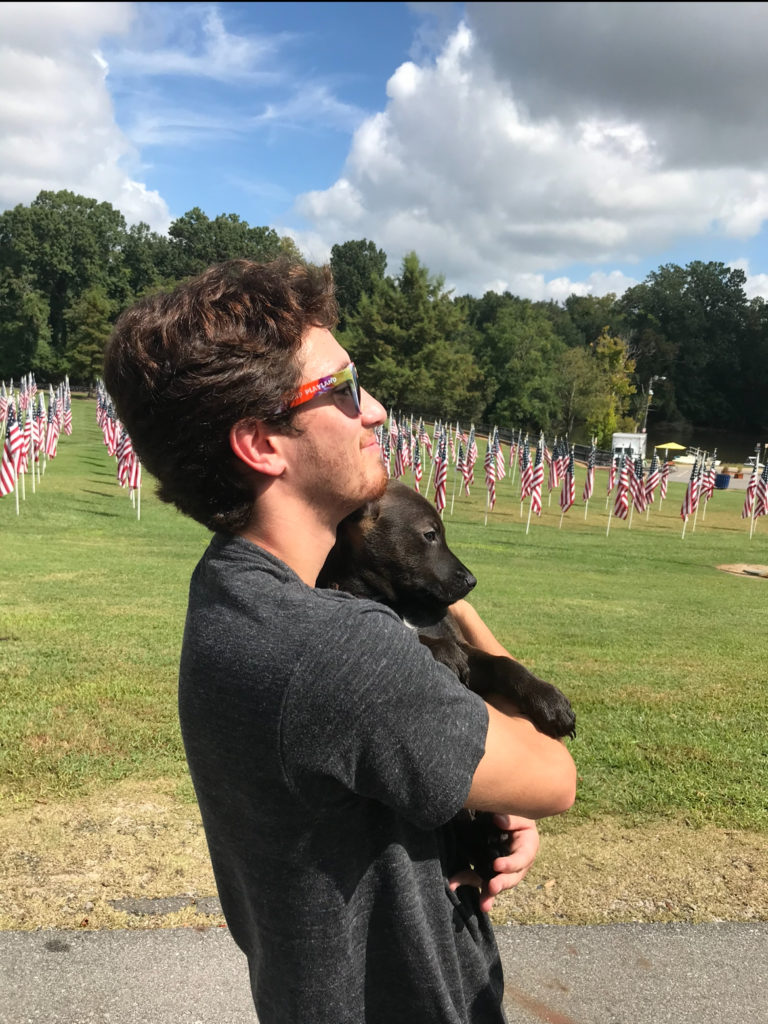 This will be Sam’s 3rd summer here at Camp Playland. Sam is a junior at East Carolina University where he is the president of the Men’s Club volleyball team, while studying Entrepreneurship and Sports Studies. Sam is a volleyball coach at a youth club in Greenville NC during the school year. Fun Fact: Sam is the Camp Playland ninja. 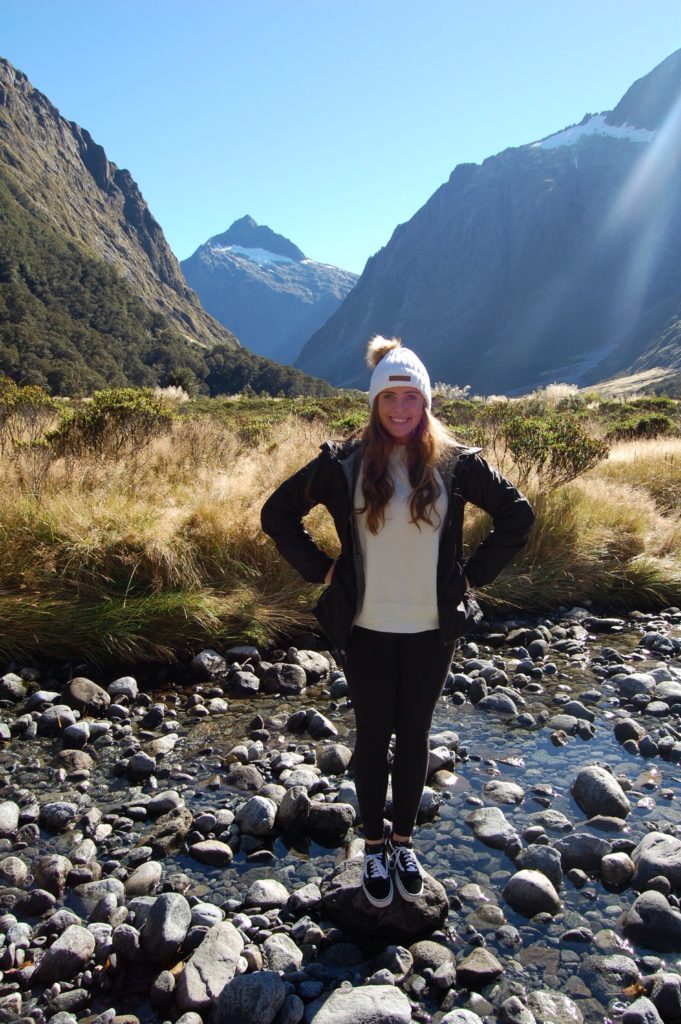 This is Izzy’s 9th summer working at Playland. She also attended as a camper when she was younger. Izzy has been teaching kindergarten for the past two years at New Canaan Country School. She is currently pursuing her Master’s degree in Curriculum and Instruction. Izzy is ready for a fun-filled summer taking on the role of supervisor for the Upper Camp girls. Fun Fact: her mom is Rhona from the pool!

Jon Zajdel directs the Playland Pools. He has been at Playland every summer since he was 14 years old and on the pool staff for 13 years.  Jon was a collegiate swimmer at Ithaca College.  Jon is receiving his Masters in Education from Sacred HeartUniversity. Fun Fact: Jon loves Jazz! 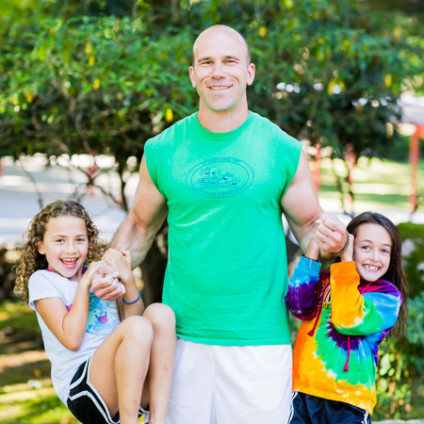 Matt Turek heads Playland Athletics and has a talented team of physical education teachers. He has been at Playland for 11 summers. Matt is a teacher in Waterbury. Fun fact: Matt played lacrosse in college!